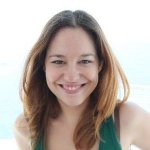 A low, unimpressive sandy cliff standing in the middle of the desert. That is your first impression when arriving at the Mogao caves in Northern Gansu Province. You are at the outskirts of an ancient Chinese kingdom, walking on the sand dunes of the Gobi Desert. Walking towards the rock, you start to notice hundreds of little black holes, small caves dotting the wide cliff. These couldn't be the famous Buddhist caves, you tell yourself. They can barely hold two people inside, let alone one of the biggest cultural treasures in the world.

Yet, one hour later, you leave the caves feeling you have witnessed something more than just a tourist attraction. You have witnessed art at its very core, visual history in its purest form. It's difficult not to get excited at the colorful paintings spanning the walls, illuminating the caves with ancient Buddhist mythology and stories of creation. A closer look reveals documentation of ancient Chinese traditions, work habits of the Yesteryear, and even real historical events. A graphic novel of Chinese history, if you will. 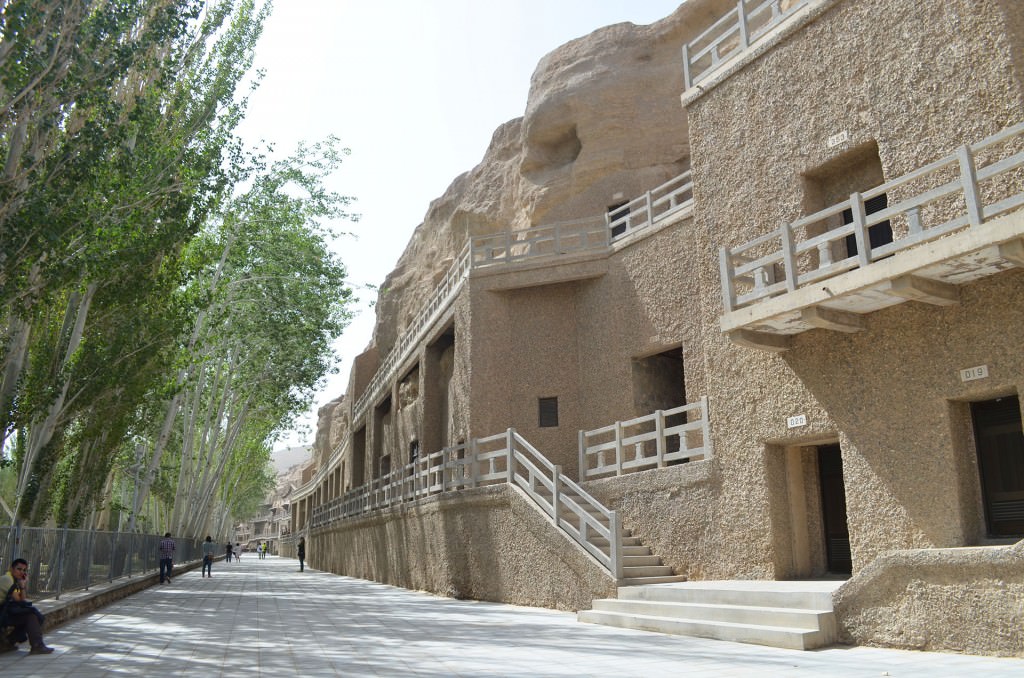 The Mogao Caves (Mògāo kū, 莫高窟), also known as "The Dunhuang Caves", are a beehive of man-made caves located near the city of Dunhuang, Gansu Province. These timeless caves were crafted by hundreds of Buddhist monks, travelling along the ancient Silk Road over the course of a 1,000 years. They left behind 45,000 square meters of frescos, 2,300 sculptures, and precious manuscripts, giving us a glance into ancient China and central Asia. This is the story of one of China's most fascinating – and underrated – cultural treasures and tourist attractions.

A thousand years of art 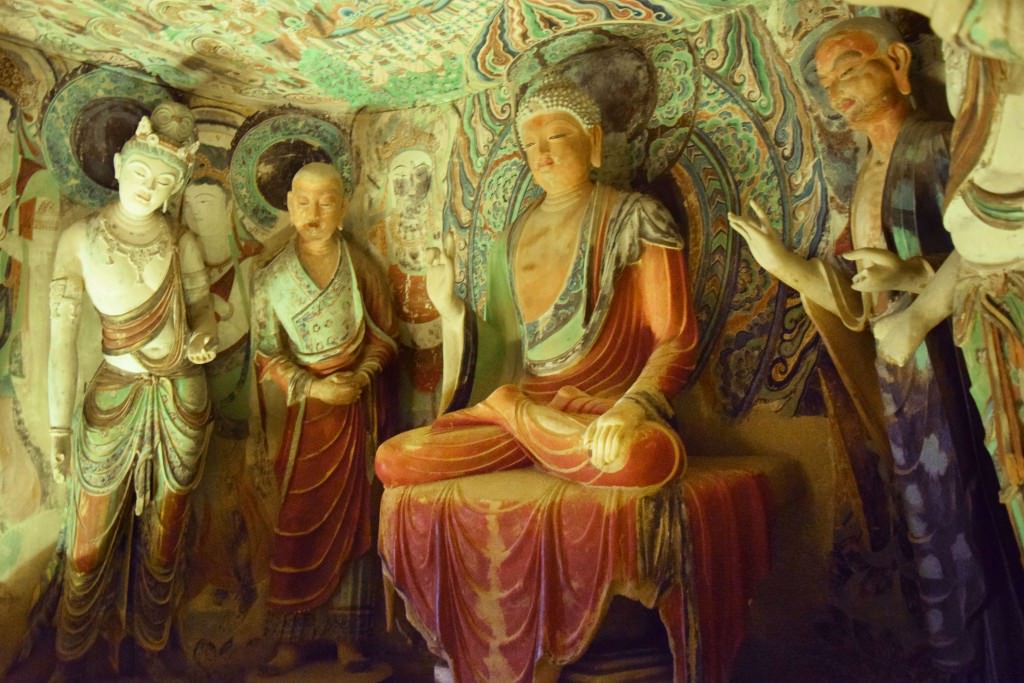 In the 4th century AD, Dunhuang was a central crossing point for trade between the West, central Asia, and China, in what is known as the Ancient Silk Road. It is believed that a Buddhist monk named Yuezun was the first to build a cave here in the year 366 AD, following a spiritual vision. Other monks soon followed, and by the Northern Wei Dynasty (386-533) and the Sui Dynasty (581-619) the area had become a flourishing pilgrimage site. Both religious believers and merchants traveling along the Silk Road would stop there, praying for happiness and safe passage on their journeys. 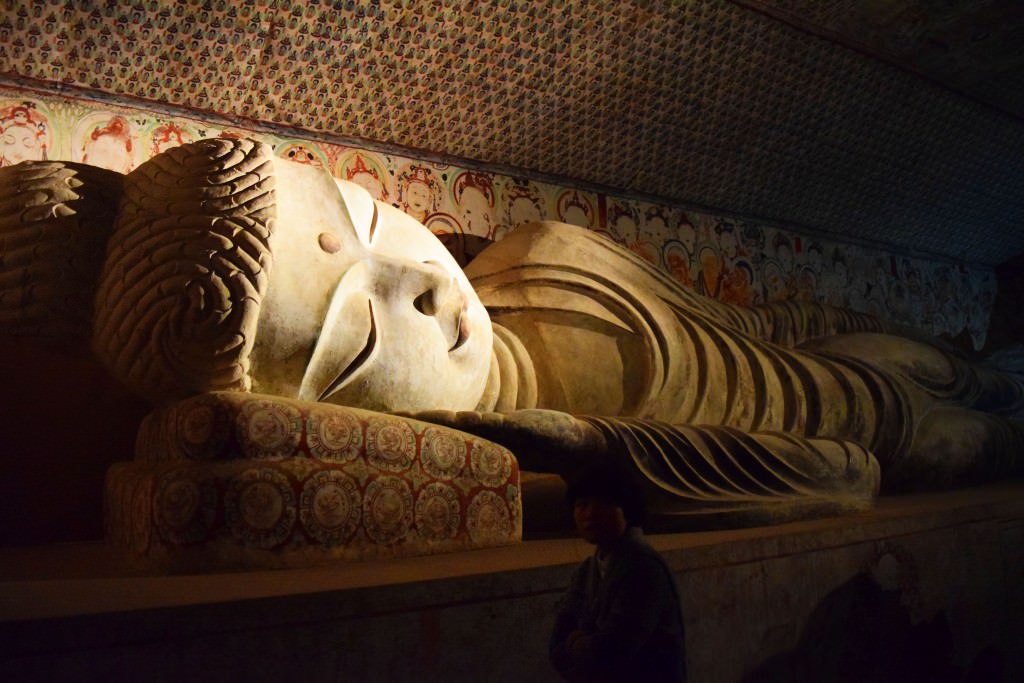 The monks covered the cave walls with paintings depicting Buddhist stories and saints, local customs, and important historical events. Some of the paintings are believed to feature real people, for a rather practical reason – the frescos of the Mogao caves, much like classical European paintings, were an expensive project dependent on the patronage of various benefactors. These patrons were usually local leaders, rich officers, and merchants who commissioned these works in exchange for blessings. In some cases, images of the patrons themselves were painted into the murals, granting them immortal bliss. 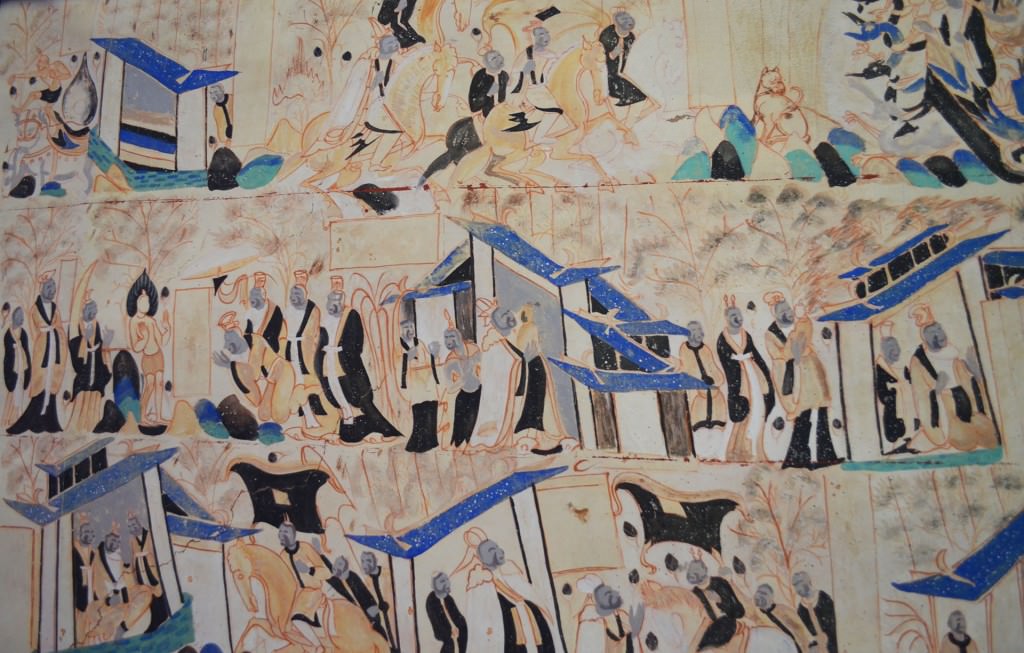 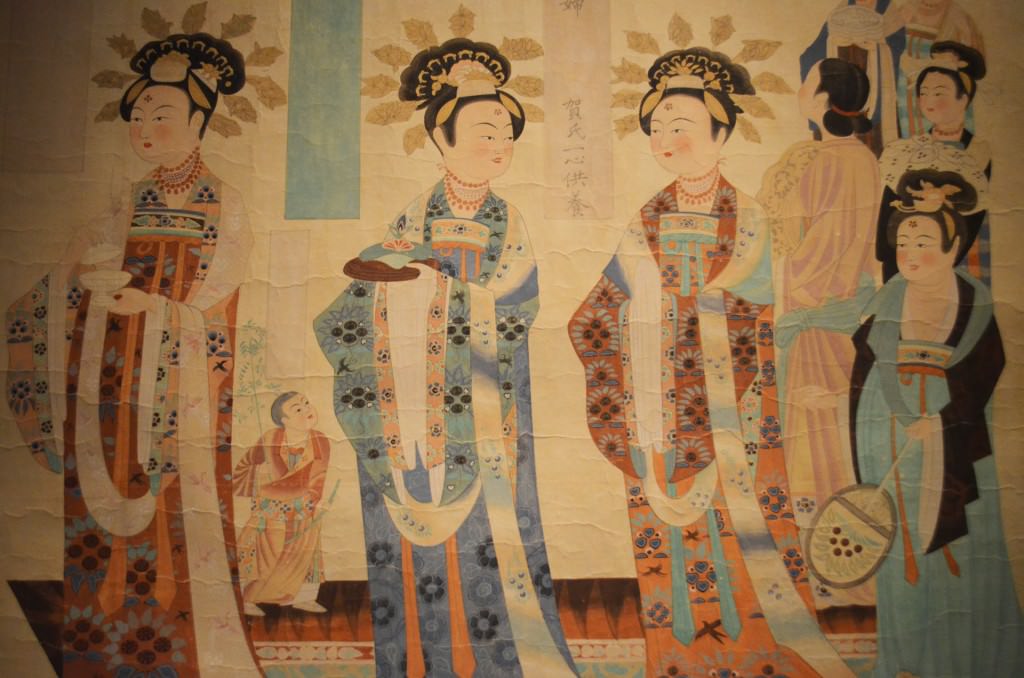 By the time of Tang Dynasty (618-907, until 781 in Dunhuang) the caves were at their peak. Tang's Silk Road was a bustling juncture for trade, and the caves became one of the most sacred Buddhist centers in Asia. Hundreds of caves were built during this period, as well as two colossal Buddha statues on site. But the fall of the Tang Dynasty saw the site's gradual decline, and the last few caves were constructed during Yuan Dynasty (1279-1368). The Silk Road was officially abandoned in the Ming dynasty (1368-1644), and the caves were soon deserted and fell into a state of neglect.

The turn of the 20th century saw the awakening of the ancient landmark, but at a terrible cost. A Taoist priest named Wang Yuanlu was the first to rediscover the caves. In 1900, while cleaning one of the caves, Wang uncovered another small cave that had been hidden for centuries. Inside the cave he found a treasure unlike any other: as many as 50,000 old manuscripts were stacked wall to wall, all dating from the 5th to early 11th  centuries – at which point the cave as apparently sealed. Among the valuable manuscripts was the earliest-known printed book, as well as Buddhist writings, manuscripts containing central-Asia languages long regarded as lost, historical records of Chinese lives, ancient sheet music, and more.

The rumors of the historical treasure traveled along the historical Silk Road. In 1907, Hungarian-British archeologist Aurel Stein was the first westerner to arrive and explore the site. He left with 13,000 manuscripts, for which he paid Wang a mere 130 pounds. French, Japanese and Russian delegations soon followed, buying up the precious manuscripts in bulk and scattering them around the world. China lost a large portion of its hidden writings, and Wang’s actions are to this day considered treasonous in China. 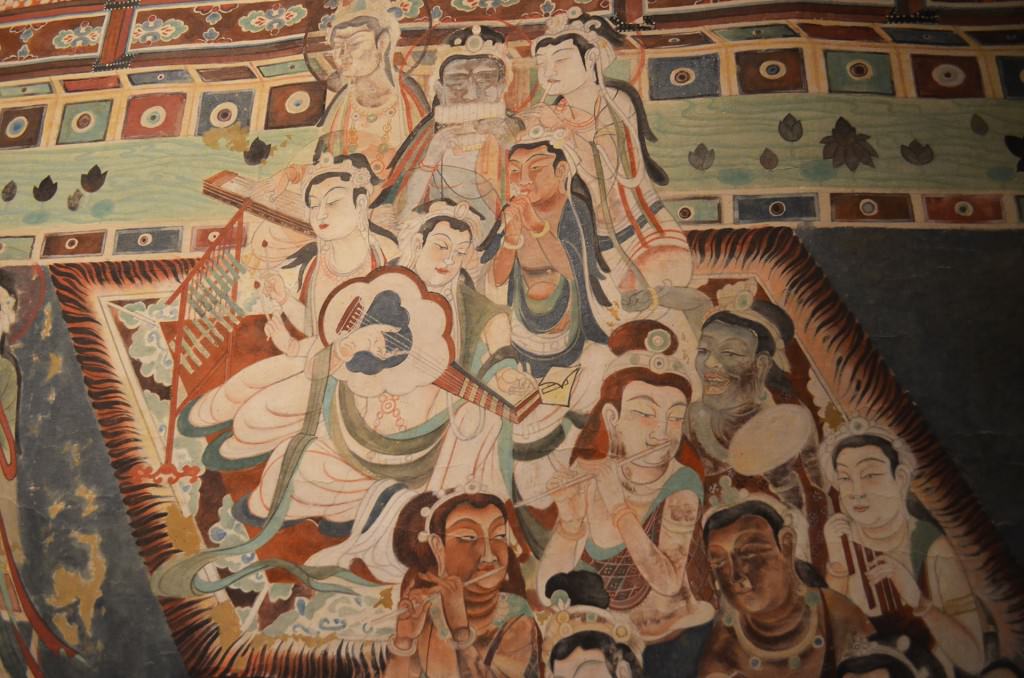 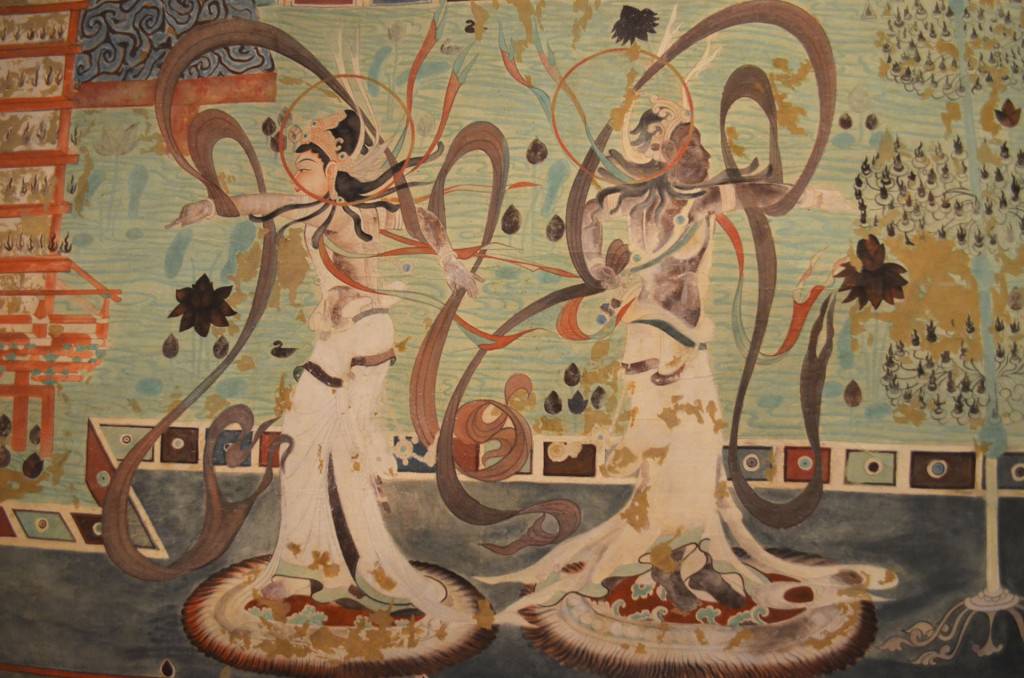 A Journey Through Time and Art

After a rocky history of roughly 1,600 years, the Mogao Caves finally received proper treatment and restoration, and the site is now open to the public. Of the 492 painted caves discovered, 40 can be viewed by the public and open alternately. Visitors can travel between caves created during different historical periods, enjoying the distinct artistic styles of each dynasty and the local customs captured in the frescos. An excellent museum is stationed at the entrance of the site, explaining the unique coloring techniques of the caves and showing a full recreation of two other caves. 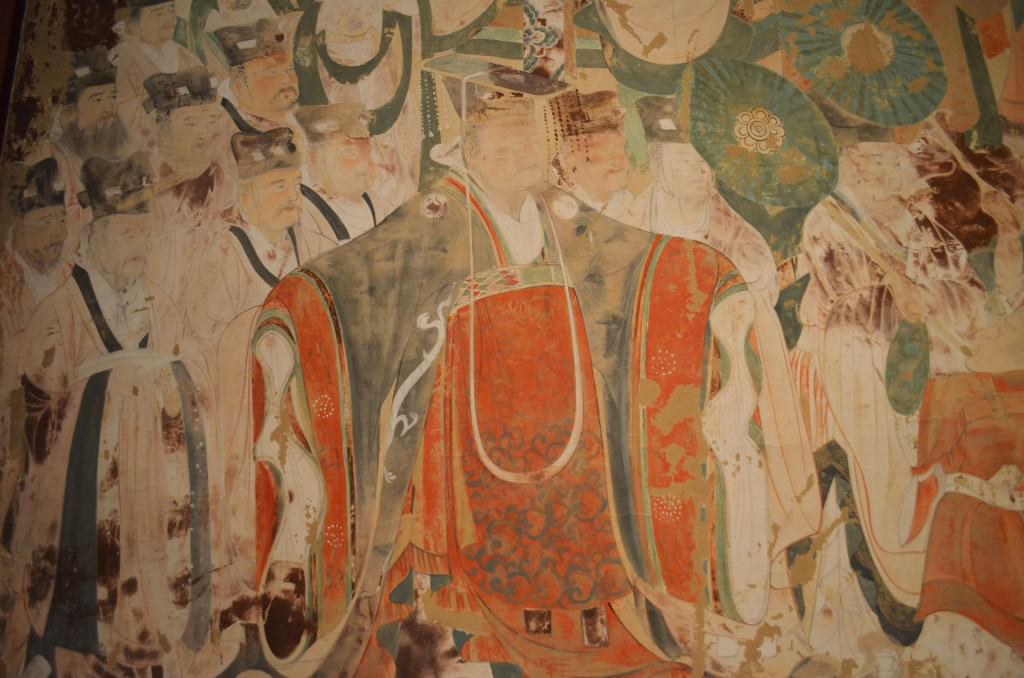 Tourists can visit the Mogao Caves as a day trip from Dunhuang. The caves can only be visited with a museum tour guide. Tours in Chinese start frequently, while tours in English are beginning three times a day (9:00 am, 12:00 pm and 2:00 pm). Please note that flash photography in the caves is strictly prohibited, as the murals are extremely delicate and sensitive to light.

TIP: It is highly recommended to come equipped with your own flashlight, as the flashlights carried by the tour guides usually are not sufficient to enjoy the full artistic works of the caves.

Arrival: The caves are located 25 kilometers from Dunhuang. Most tourists arrive using transportation from the hostels/hotels or by taxi. An organized minibus leaves from the Dunhuang Hotel (Dūnhuáng bīnguǎn, 敦煌宾馆) every half an hour (8 CNY. First bus leaves at 8:30 am, last bus returns around 7:00 pm).

Entrance fee: May-October: 200 CNY. November-April: 100 CNY (Chinese guided tour and museum entrance fees are included in the ticket price. For an English guide there is an additional fee of 20 CNY).

All images of the murals that appear in this article are of reconstructions at a special exhibition of the caves. TravelChina’s team request that visitors abide by the rules of the local staff and avoid photographing inside the caves.